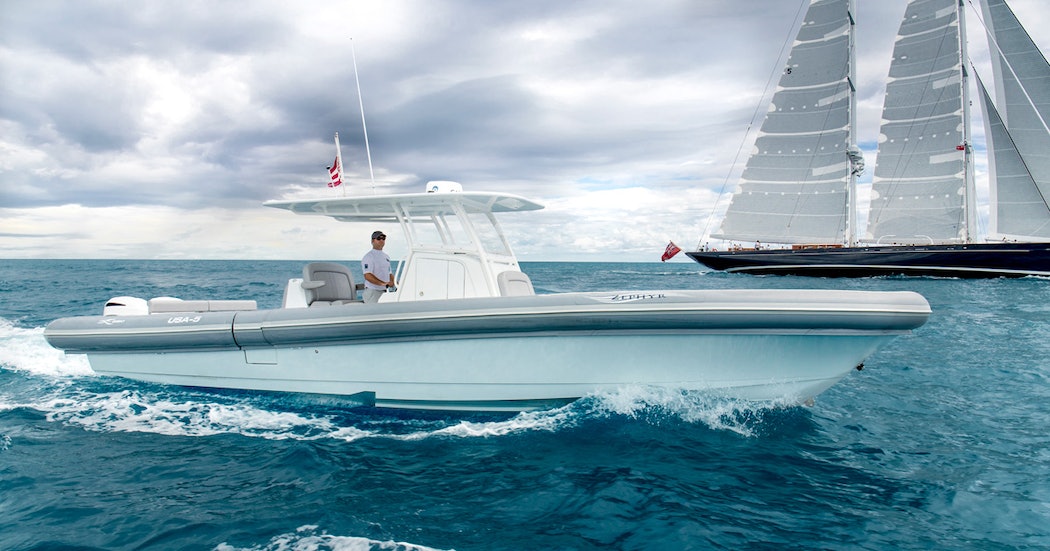 We’re pleased to announce that Professional Boat Builder Magazine has profiled the genesis of OCEAN 1 diving into detail on our build quality, operations, and build process with their article “Fast as a foiler”.

Enterprising and independent, Maggio commissioned the design of a 36′ (11m) center-console, outboard-powered boat via Michael Peters, who allowed his assistant, Michael Welton, to take on the project. With twin 300-hp motors, the boat is capable of speeds approaching 50 knots. Fuel capac- ity is 345 gal (1,306 l).

Welton on the hullform: “The boat has a 22.5° deadrise with a pad keel; a pad keel was chosen both for the slightperformance advantage due to the lower deadrise sections providing more lift as well as the reduced likelihood of trip- ping over the keel in an aggressive turn. Both the chines and strakes turn down as you move aft, to help with high-speed stability as well as added stability in a turn.”

During a recent visit to the Ocean 1 shop in Sarasota, Flor- ida, I looked over hulls #1 and #2. To supervise construction, Maggio brought in Robert Helmick, who came over from Calcutta Marine (see Rovings, Professional BoatBuilder No. 162, page 12). The hulls and decks are cored with Corecell and infused, giving a dry weight of 2,400 lbs (1,087 kg). Compos- ites One kits the reinforcements. Stringers are filled with 4-lb foam. Tubes are from Henshaw Inflatables in the U.K. On motherships big enough to carry the tender, three pick points—two at the stern and one at the bow—allow it to be lifted by crane. 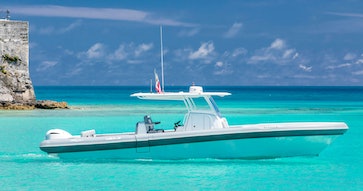