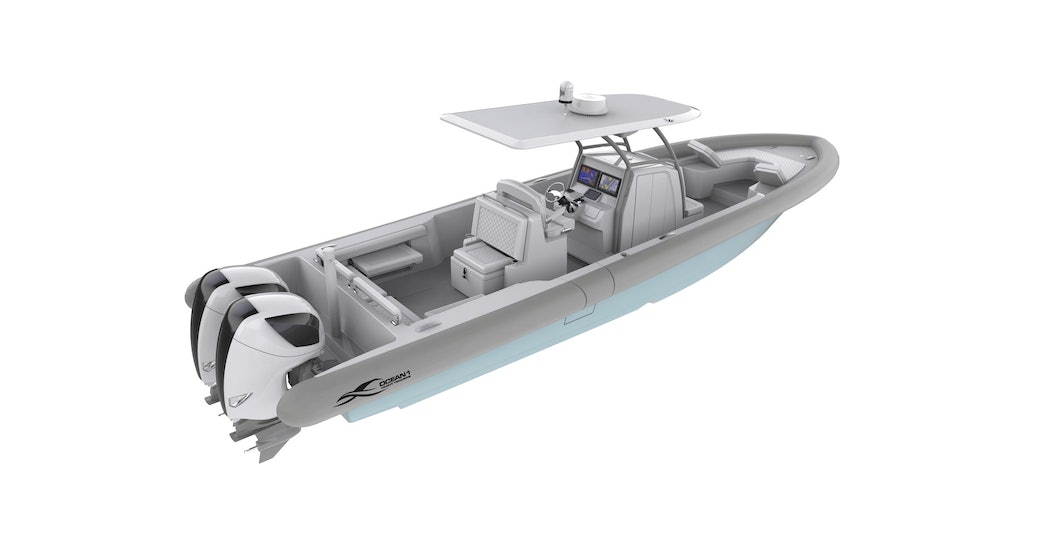 OCEAN 1 announces the Perfect Tender for the Luxury Yacht Market. Hull #1 Delivered, Hull #2 Debuts in Bermuda during the America’s Cup.

OCEAN 1 fills a gap in the tender market. “While many RIBS on the market have a lot of good qualities,” says Maggio, “None embodies everything a luxury yacht demands. Until now” The defining difference in OCEAN 1 is a design that combines the rigorous qualities inherent in an open water sport tournament fishing boat with the amenities and comfort necessary for the luxury yacht market.

Dean Maggio is a man who knows what he is talking about. The consummate yachting professional, he grew up living aboard a boat in Biscayne Bay. After graduating from the Marine Maritime Academy, he has continuously worked in the luxury yacht field. He has 27 years of professional hands-on experience with racing sailboats, the charter market, and captaining large yachts—both sail and motor. He was the build captain of the 170- foot Royal Huisman-built schooner Meteor and has remained at that yacht’s helm since 2007.

OCEAN 1 was founded following Maggio’s foray into building the Yellowfin Custom Yacht Tender on the west coast of Florida with partner Wylie Nagler. As Nagler’s core business is the successful line of Yellowfin fishing boats, Maggio decided to strike out on his own to concentrate on creating the perfect tender.

In August 2016, Maggio opened his production facility in Sarasota, Florida developing the design and beginning construction of his brand OCEAN 1. The Rogue series tenders are among the lightest, strongest, most fuel efficient tenders on the market today. The first tender was delivered to its owner in May 2017. The second tender in the series will make its debut at the America’s Cup in Bermuda in June.